1.4k h 265 hardware encoders use independent SOC chips to encode and push video and audio signals, the ENC2 h 265 codec encoding algorithm is used to transmit it to the network in the form of network packets. Since it only focuses on one thing, it is stable and has very low power consumption. As for video and audio quality, it mainly focuses on encoder main chip provider, please check Chip algorithm evaluation. (I recommend ENC2 4K hevc video encoder,As shown in figure 3.1)

2.The software encoder adopts the combination of video and audio acquisition card and computer, video and audio signals are encoded and pushed by computer software. 10 years ago, our client would build such a system, but now it is basically on the verge of obsoletion. The advantage of this system is that video has good quality with low code rate and flexible extension function, but running on high code rate or H 265 coding algorithm requires a lot of computer configuration requirements, and it is very unstable to use Windows operating system at the same time.(As shown in figure 3.2)

ENC2 4K H 265 hardware encoder which is studied, developed and manufactured independently by JLONvision is a 2 channel of 4K 30fps h.265 embedded video and audio hardware encoder,It is also a 1 channel decoder and can be converted into a 4 channel IP transcoder(As shown in figure 3.3). It applies H.265 and H 264 encoding standard (this standard is a digital video encoding standard made out by TTU-T and ISO). With this encoding standard,it can encode 2 channels of 4K 30fps H.265 video and stereo audio simultaneously. It is inserted with DE-interlacing scanning algorithm, which makes video quality reach the best level. Compared with the present widely used H 264 encoding algorithm, ENC2 4K H 265 hardware encoder and h 265 codec can save 30-50% of transmission bandwidth and storage space at the same video quality. It has the advantages of supporting international standards, high performance, flexible configuration and strong scalability. It is suitable for radio&TV operators, telecommunications operators, governments of different levels, and school etc. 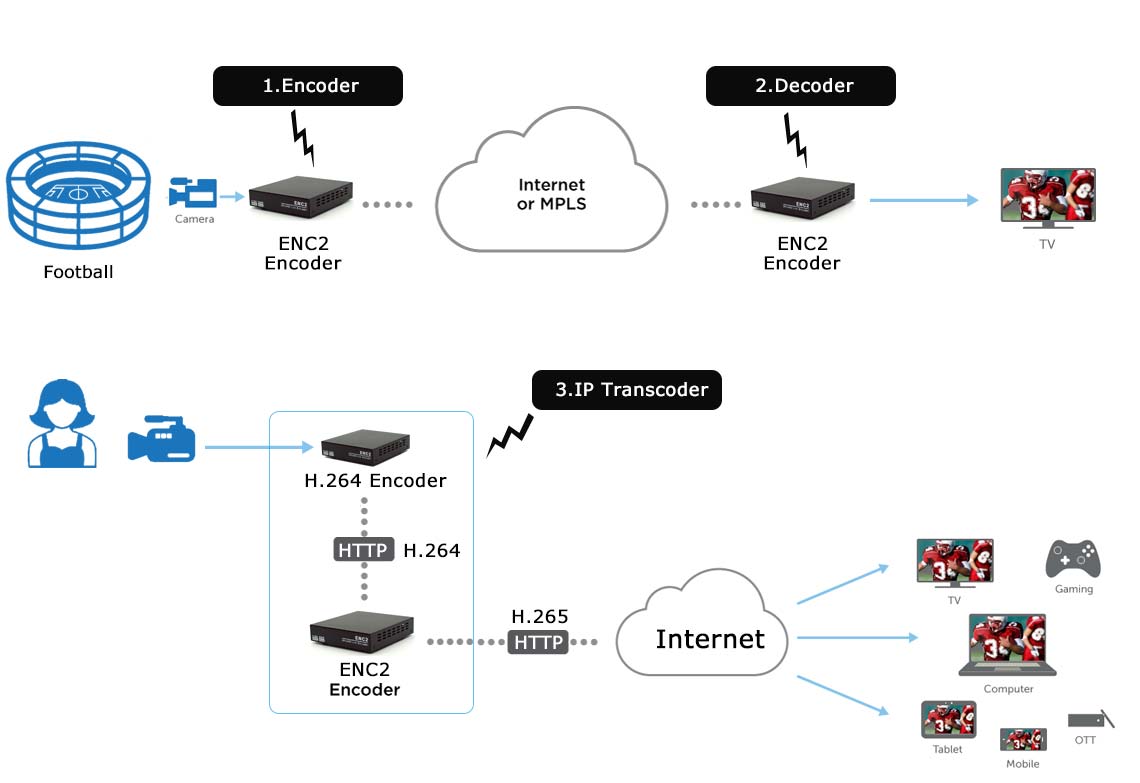 ENC2 4K hevc video encoder applies mini design is easy to carry, embedded OS(embedded operating system), supports 7×24 hours non-stopping work. Its platform is based on B,S configuration structure; management and configuration are done by this web-page in the long –distance without being supervised by human. 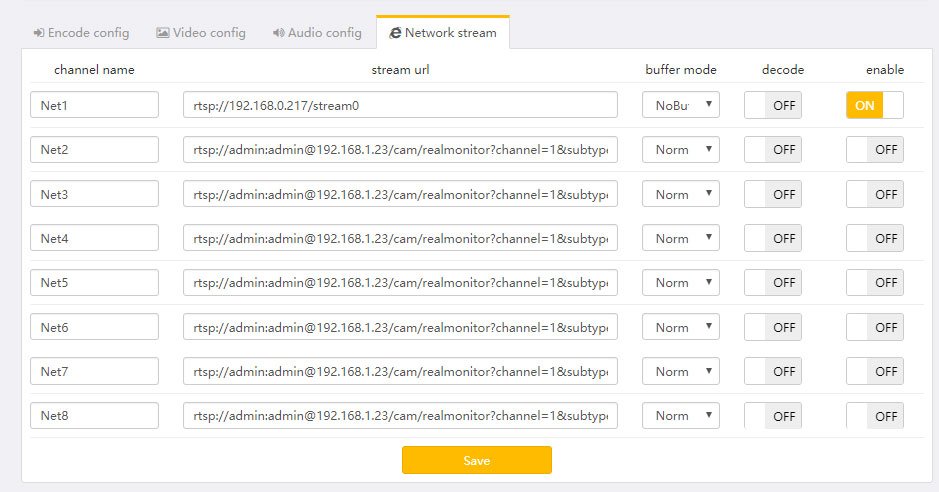 Topology diagram of the overall scheme 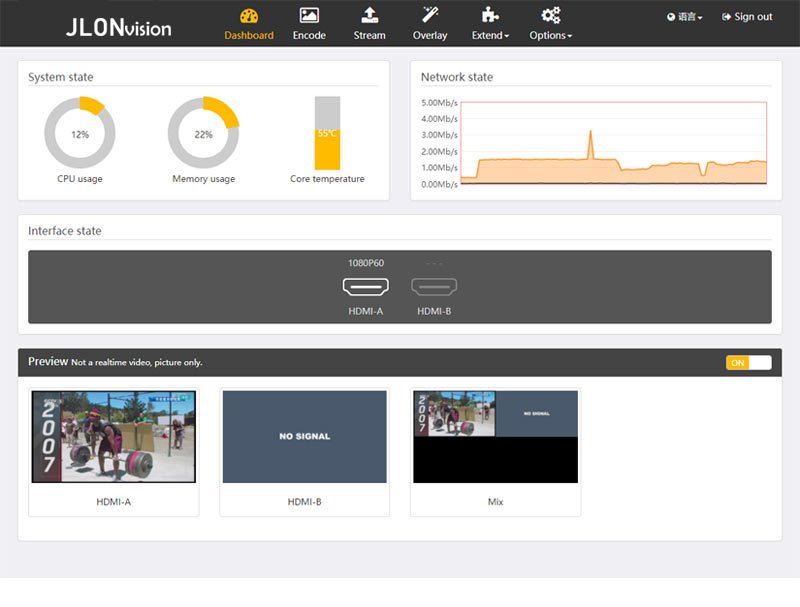 Generally, we accept the following payment methods: T/T / Alipay / PayPal(need 4.4% commission charge) / western union. And our protection only gives the payment ways accepted by Aliexpress platform. If you have any question about the payment, please feel free to contact us.

1. We will send the items within 2-5days (working days, Not holiday seasons)after the payment is confirmed
2. We can provide EMS, TNT, Fedex, DHL, UPS and so on. If you need the item urgently, please contact us for express shipping. We will calculate the express shipping cost for you.
3. When you receive the items you ordered, please check it carefully in 24 hours. Please contact us directly if you have any problems.
4. If you have not got it within the shipping time, please contact us without hesitation. We will check it for you with the post office and customs.

1. All products purchased from our company are guaranteed to keep in good repair for one year. If quality problems happen during the guarantee period. Our company provides remote technical with TeamViewer and accessories for free. If you are caught in some problems when using our products, welcome to contact us at any time.
2. Free software upgrade ，pls contacts us. Alter- Sales: [email protected]

There are no reviews yet.